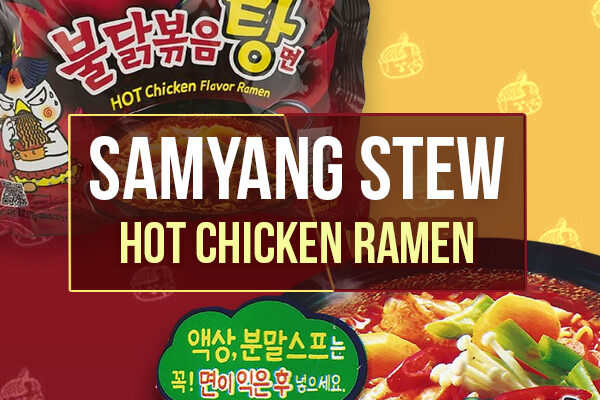 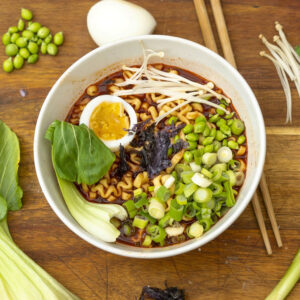 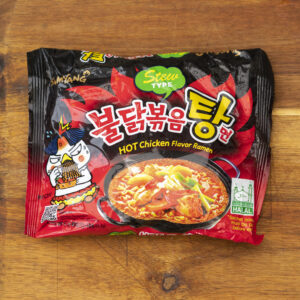 Now this particular Buldak Bokkeummyun was more akin to the Samyang Ice than anything else, mainly because the cooking directions were different, requiring to keep on more water than the other variants, since it was a 'stew'. We filmed it on Halloween (Even though the video was released on December 10th) and had both made a F&J pumpkin, as well as put on makeup. As we delved into the noodle packet, the following contents contained:

For reference, makeup and chilli-broth don't mix. Since the instructions ask to keep the broth instead of getting rid of it like most traditional Buldak Bokkeummyuns, the sweetness and flavour profile of the noodles packed a much harder punch.

Want to try these yourself?

Here are some of the best-sellers to buy these products (featured below):

I hated these with a real passion. I don't know what stew tastes like in Korea, but it clearly has a different flavour profile to whatever this was. It was so strong, almost perfume-like, and I just simply couldn't eat it. I couldn't stand the amount of liquid, I definitely prefer em' dry. Would never revisit. Would never attempt eating again. No thank you. Movin' on.